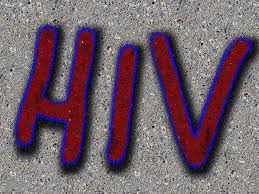 Researchers recently revealed that Swaziland, which has the world’s higher rate of HIV infections, has been bosting access to virus-suppressing drugs and in five years, it has almost halved the rate of new infections.

Swaziland has a rate of one in three adults infected by the virus, but in recent years it has expanded public programmes to test people for HIV and put them on anti-retroviral treatment (ART) to save their lives.

ART stops HIV from replicating and attacking the patient’s immune system and also restrain its spread to sexual partners.

At an HIV science conference in Paris, Velephi Okello, of the Swazi health ministry, said that the number of new HIV infections has dropped by almost half. This shows that the country made remarkable progress to fight the HIV epidemic.

Last year a total of 95% of pregnant women positive to HIV received drugs to prevent transmission of the virus to their baby. The result was that in 2016 less than 1,000 children contracted HIV.

A survey report to the International AIDS Society conference showed that the infection rate was higher among women than men and that 73% of people on ART achieved suppression of the virus. This was all possible thanks to a much improved HIV treatment program.

The progresses have been huge. The number of people who have started on ART almost doubled and the number of circumcised men has almost doubled. The male circumcision reduces the risk of heterosexual sexual transmission of HIV by as much as 60% in men, according to the World Health Organisation.

Even though the country is celebrating its progress, they know that Swaziland still faces a severe HIV epidemic and that much work still needs to be done to see Swaziland free from the virus.